“One of the most exciting experience of my life. It allowed me to grown up professionally and personally”

Not many grad students have the possibility to spend one month on board of one of the best european research vessels, working closely with scientists from differet countries.

The main aim of the MSM72 cruise, coordinated by Toste Tanua (Geomar), was to collect information on the water masses and on the biogeochemical cycles in the Med Sea, in view of the climate changes affecting the basin. During the cruise, a multidisciplinary and transmediterranean approach was chosen. Samples were taken from East to West, starting from the Levantine basin, passing through the Ionian Sea, the Sicily channel until Cadiz (Spain), passing through the Gibraltar Strait.

La!DOM contribution to the study of the carbon cycle

During the trip, there have been troubles and mishaps. The chief scientist Dagmar said “In all my years, I have never seen so many problems all at once!”

Before the departure, the sampling plan changed. Originally we were supposed to navigate towards East, in the core of the Levantine basin, where the Levantine intermediate water (LIW) forms. Unfortunately, due to territorial ambiguities in parts of the work area we couldn’t reach the easternmost stations and the sampling plan was changed.

We found rough sea, big waves seven meters high, but this didn’t stop us from working. The crew and the organization were amazing, and the R/V M.S. Merian was familiar with waters much more rough than the Med Sea.

I think the hardest time was the night of March 6th. The sampling instrumentation (Rosette) returned on deck with two missing and three broken Niskin bottles. A malfunctioning let them go down closed at 3000 meters, causing their implosion at that pressure!

Beyond the troubles, the expedition was a success. This cruise will be crucial for the study of the circulation patterns, hydrography and biogeochemistry of the Med Sea. The data collected will be compared with those of the past, helping to understand the changes that are taking place in the Mediterranean Sea and what are the risks for this vulnerable ecosystem. 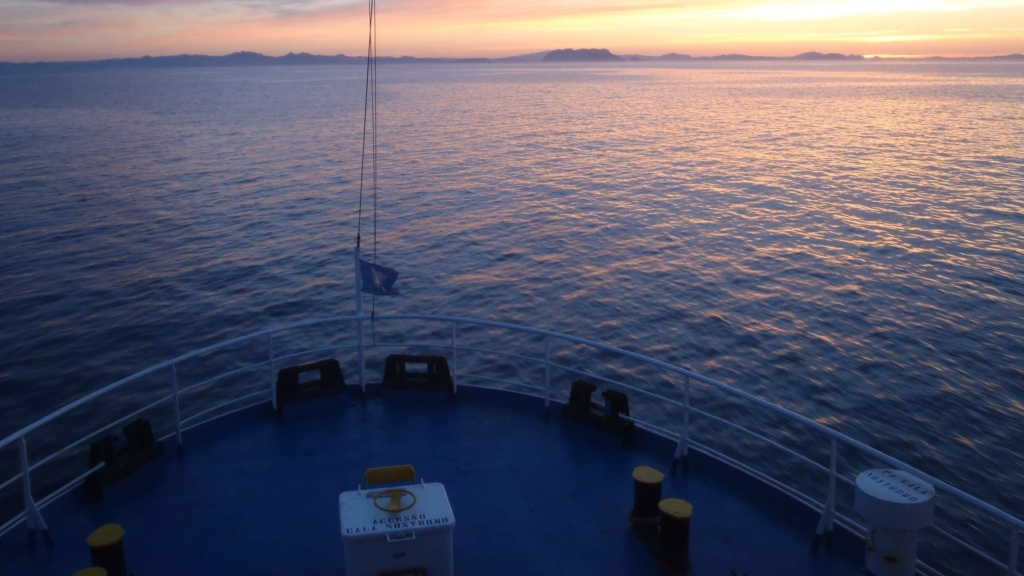 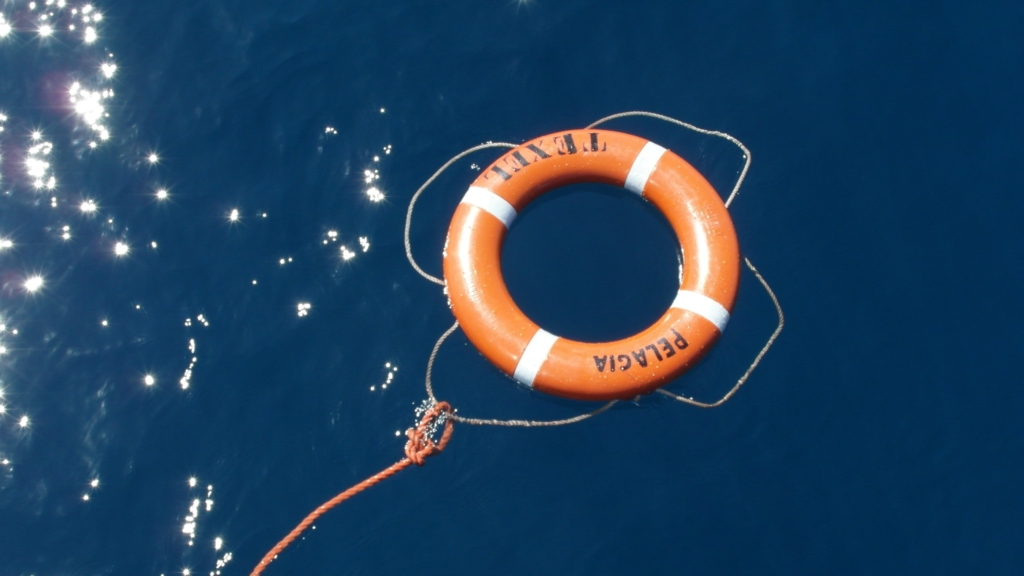